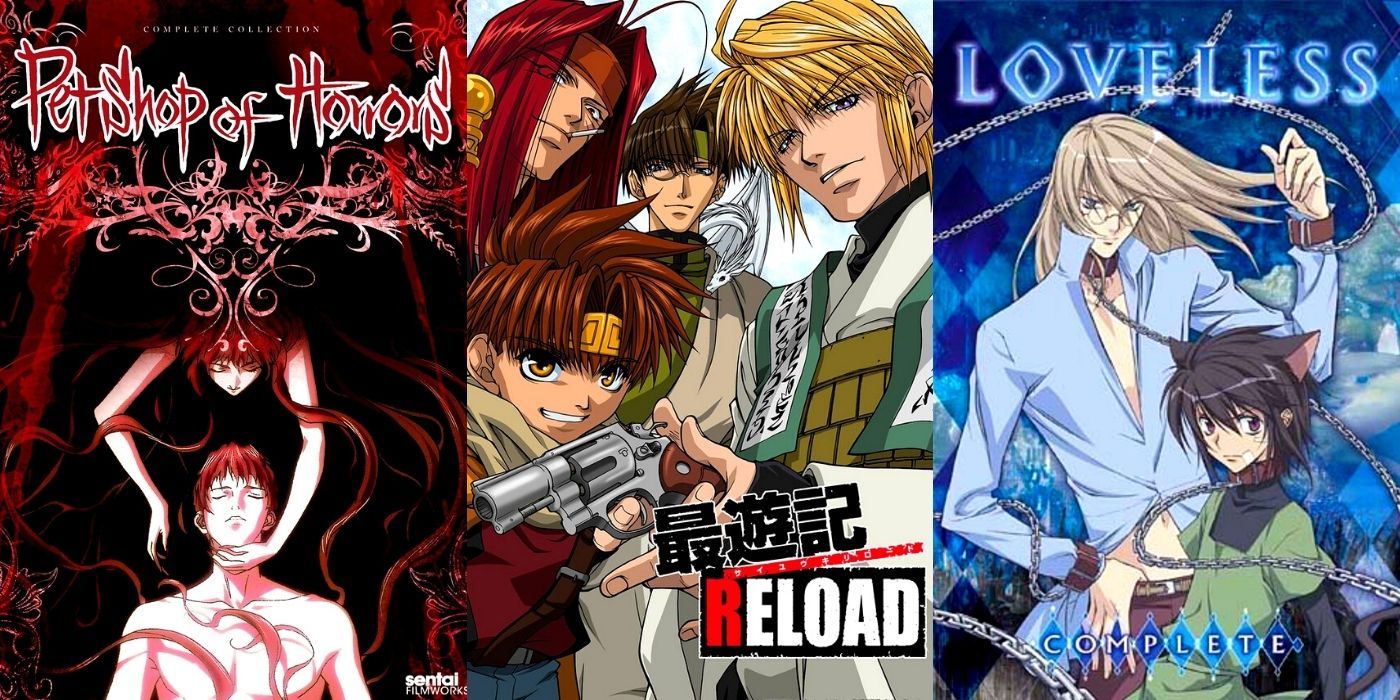 10 Josei Anime We Wouldn’t Want To Be Isekai

When the stories are so gripping, fans often wish they could dive into those worlds. In the anime world, characters are often sent to other worlds through various means such as summoning spells, special doors, or even, unfortunately, death.

RELATED: 10 Josei Anime Everyone Seems To Love Or Hate

Josei anime, those that target teenage girls and older women, aren’t as well-known as some of the other more popular genres. However, some of them represent truly amazing anime worlds that fans hope to find themselves in. On the other hand, there are some in which no one would want to be bothered because they are dangerous, filled with violence and war, or have worlds built on exceptionally little morality.

ten 07-Ghost is filled with slaves, military conflicts and people who like to kill

07-Ghost is a supernatural action and drama anime that is not for the faint of heart. Teito Klein is a former slave with no memory and is sent to the Military Academy. As he wields a rare ability, his classmates constantly scrutinize him.

To make matters worse, he meets and remembers the man who killed his father. After failing to kill this man, he goes on the run while trying to avoid evil beings after his soul. This anime has a lot of dark elements and themes and wouldn’t be a nice place to be isekai’d.

pet shop of horrors, as the name suggests, is a supernatural horror anime series. In this anime, Count D’s pet shop is a place where people can acquire anything from regular pets to exotic pets. Buyers must sign a contract before buying which states that if they don’t follow the instructions, things can get fatal.

Even though people can buy amazing pets from this store, demons from their past often accompany them. Not only is it a horror anime, but it’s also filled with addiction, violence, and explicit themes that would make living in this world extremely difficult.

love to kill is a psychological mystery anime that no one would want to get into. Chateau Dankworth is a rookie bounty hunter who receives unwelcome help on her missions from a man who has taken an interest in her.

When her company is tasked with killing the notorious assassin, Song Ryang-ha, she discovers that he is the man who helped her. After coming to a mutual agreement, they soon discover that staying alive is harder than they initially thought. Filled with violence, this world is to be avoided.

Servamp is a supernatural drama and action anime series with a master and servant relationship. Mahiru Shirota believes that anything embarrassing should be avoided at all costs, and it is embarrassing to do nothing. That’s why he saves a cat on his way home from school. Returning home one day, he discovers a young man in his home.

When this man is exposed to the sun, he turns into the cat he saved. But one dangerous event leads to another, the two form a contract, and Mahiru is thrust into a potentially deadly war between supernatural beings and humans. In this world, people run the risk of being killed by those who want nothing to do with humans.

6 Loveless is filled with violence, and its purity is always on full display

without love is a BL fantasy novel series that contains mature and dark themes. Ritsuka Aoyagi is a young boy with amnesia who lost his older brother. On his first day of school, he is approached by Agatsuma Soubi, his brother’s partner. They work together to uncover the truth behind her brother’s death, while growing closer.

In this world, people are born with cat traits. These animal characters are a symbol of purity and innocence and can be a source of conflict. Moreover, this world is full of violence and the moral standards are incredibly low.

Code: Perform ~Guardian of Rebirth~ is a highly controversial historical romance and fantasy animated series. Cardia Beckford may have hazy memories, but she remembers her loneliness and the experiences her father had on her. The townspeople call her a monster due to the substance inside her, and anything that touches her skin is destroyed.

Many people want power in her, including a terrorist organization that her father is linked to. To save it from falling into the hands of terrorists, it is taken by the British government but is stolen by a thief in the night. During their journey, she discovers more about her father, the terrorist group, and the power she wields. As this world is full of chaos and conflict, it is not a world that anyone would want to be immersed in.

Saiyuki Reload is a fantasy-adventure anime series set in a world where humans and demons can no longer coexist. As such, powerful demons attempt to resurrect the greatest demon of all time – Gyuumaou. Priest Genjyo Sanzo and his team must work together to make sure this doesn’t happen.

The group must reach their destination to stop the rebirth, but it becomes even more difficult when Gyuumaou’s son stands in their way. With powerful demons and constant conflict, this world is one everyone should avoid.

3 Nil Admirari’s Libra is not the place to live, especially if you love books

Scales of Nile Admirari is a historical romance drama anime series based on an otome game. Kuze Tsugumi is the daughter of an aristocrat who agrees to marry to save her family. Before she can marry, however, her younger brother has an accident caused by a maremono – a book that can sway a reader.

Because of this, Tsugumi gains the ability to see auras from a maremono. Deciding to change her destiny, she ventures out of her cage and discovers a world much darker than she thought. For those who love books, this world is a dangerous place.

Jingai-san no Yome is a romantic comedy anime about a young boy named Hinowa Tomari who was just an ordinary high school student. One day, he is summoned by his homeroom teacher to be told that he has been chosen to become the wife of a mysterious being known as Kanenogi.

The couple register their marriage and they start their new life together. This world might seem pretty ordinary, but being forced to marry a mysterious creature without notice might not be an appealing idea to most.

1 Tomie revolves around the horror, violence and death of a high school girl

Tomie is a supernatural horror anime about death and fatal love. In this anime, high school students reminisce about their past. One thing everyone remembers is the death of their classmate.

The deceased, Tomie Kawakami, was the most popular girl in school and she was killed in the most gruesome way. When the class hears a voice calling them, they see a girl who looks like Tomie, who is supposedly dead. But they soon learn that there is more to her than they thought. This anime is filled with violence, horror, mystery. Everyone would like to avoid being isekai in this short series.

Hayley, under the guise of a pseudonym, is a USA Today best-selling fantasy author with a background in business and human resources. When she’s not writing stories about compelling worlds, she can be found indulging in manga, anime, and video games. If you would like to get in touch, please do not hesitate to contact [email protected]

How to attract birds to your garden