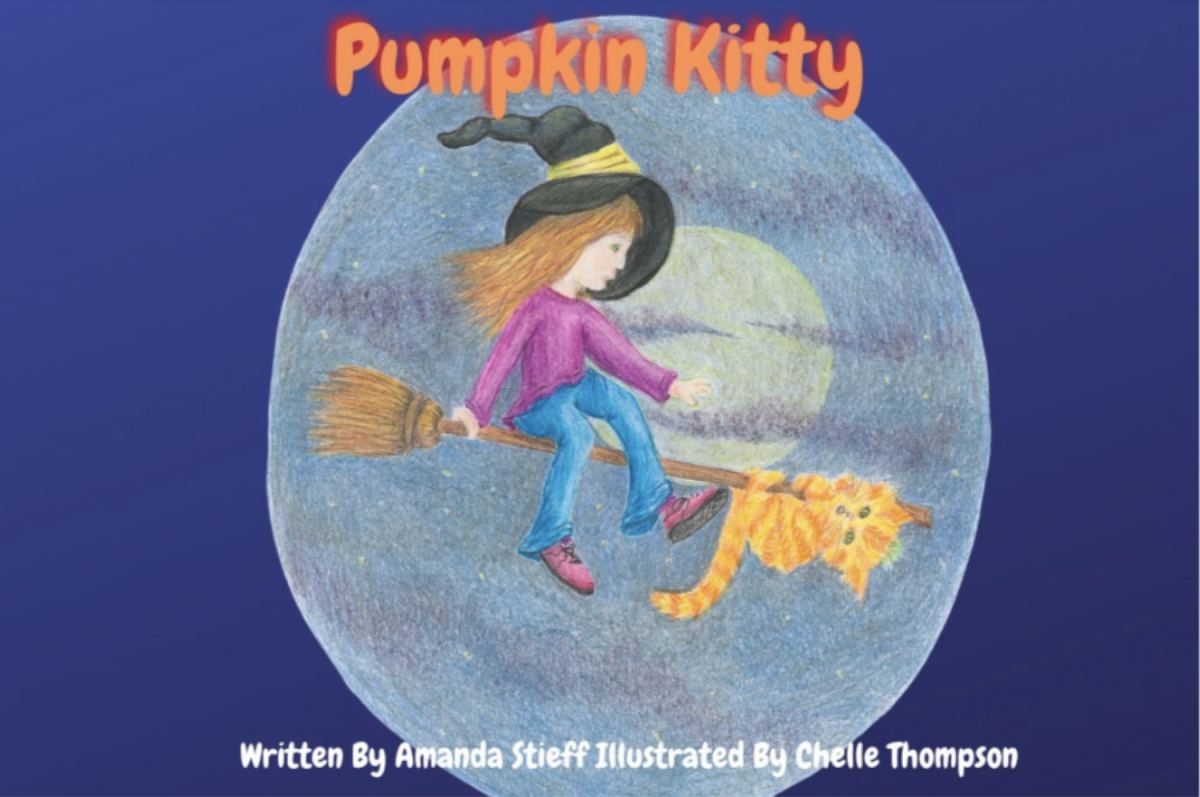 The idea of ​​having a half-pumpkin, half-kitty protagonist came from Steiff’s own son. For an art project, Steiff’s son made an orange windsock and decorated it to look like a cat. He called it his “pumpkin cat” and Steiff was struck with inspiration.

She got to work and produced a rhyming story about a pumpkin cat who is shunned by witch kittens. By the end of the book, Pumpkin Kitty shows everyone that her differences are her strengths.

“The goal is to reach those kids who either need to realize that their differences can be their strengths, or help teach other kids that just because someone looks different doesn’t affect not who they are or what’s good about them,” Steiff said.

Steiff’s book also includes a science element, answering a question many don’t know: can a pumpkin float? A science experiment/lesson plan is available at bit.ly/3SC3lVj to be completed by reading the book.

Steiff had the book fully illustrated and directed, but the digital renderings of his story did not match his vision for the book. She took to Facebook and posted a message asking if any artists would be interested in the project. Michelle “Chelle” Thompson was.

“I really like doing things when I know it’s going to make the kids happy and smile,” Thompson said. “If my art can make someone smile and happy, I’m like, ‘Yeah, let’s do that!'”

Thompson said his main reason for taking on the project was the aspect of relatability. The message “Pumpkin Kitty” sends is one she tried to convey to her curly-haired daughter when she was 3 years old.

“She was crying and she was using a straightener, luckily it was off, trying to straighten her hair because all the girls were teasing her because she looked different from all of them,” Thompson said.

Steiff and Thompson worked together, back and forth, to finally bring Steiff’s vision to life. Thompson worked hard to make sure Steiff’s book didn’t blend in with other Halloween children’s books and stood out on a shelf.

“Pumpkin Kitty” is available for purchase at Amazon, Barnes & Nobles and pumpkinkittybooks.com.

Steiff and Thompson will be at Barnes & Noble, 23630 Boulevard de Valence., October 21 at 6 p.m. for a book signing and story time. Free science experiments and coloring pages will also be available.