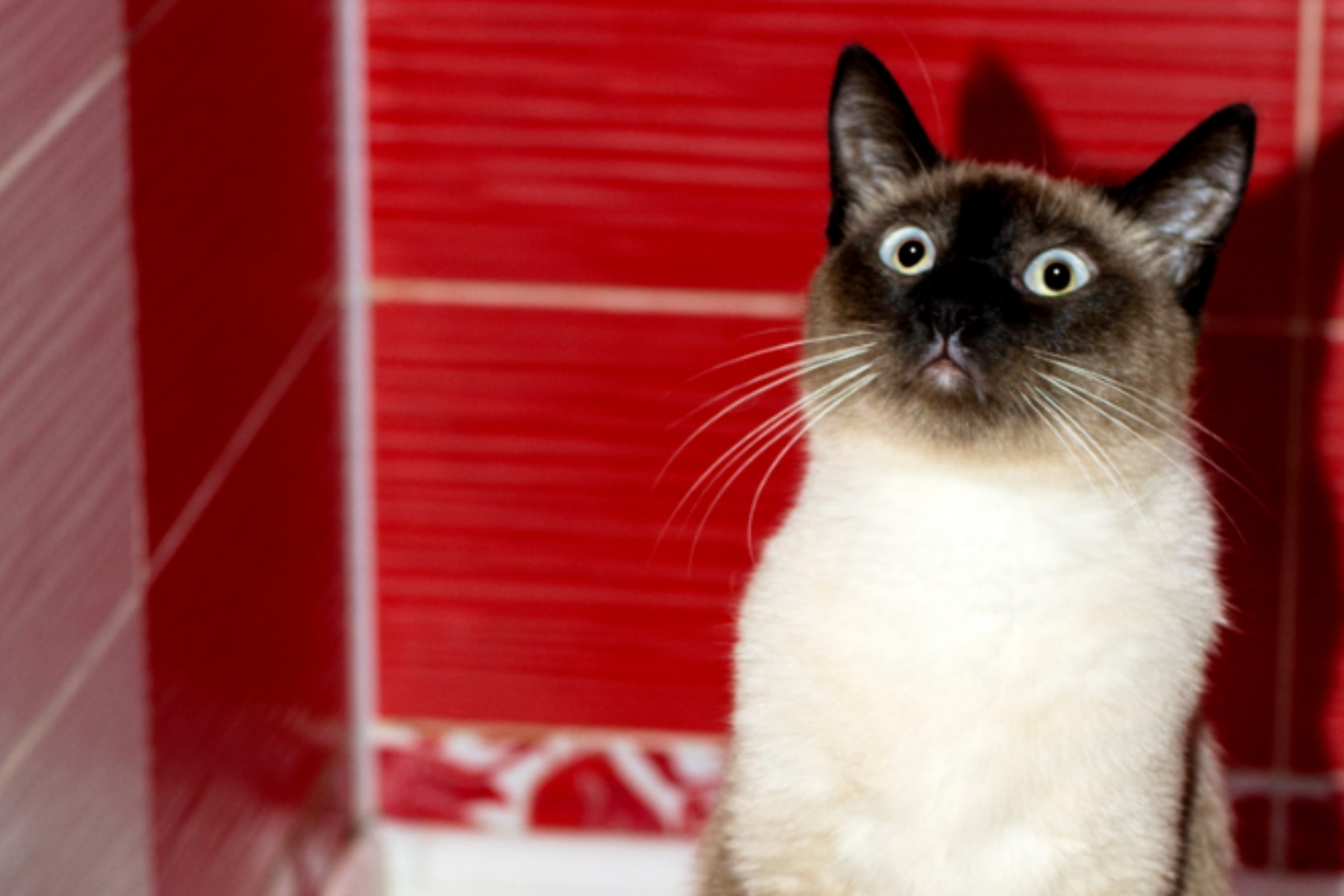 Cats are known to exhibit the strangest behaviors and humans love to share the evidence on social media. Sometimes it’s a cat crawling into the owner’s bed to show off her adorable newborn kittens, or a cute kitten fighting her own reflection after looking at herself in the mirror.

This time around, a Siamese cat has gone viral on TikTok after standing up like a meerkat in what appears to be the owner’s bathroom. The video was shared by Beth Anne (under the username beth.annef) a week ago, and has already amassed a total of 2.5 million likes as well as 13,800 comments.

The 12-second TikTok post was captioned “my household demon is broken” and included text in the video that read, “When you accidentally paid $600 for a meerkat instead of a Siamese”.

Shocked by her cat’s unusual standing position, Beth said, “It’s so scary. Don’t stay like that. What are you doing?” The cat then kneels down while remaining in an upright position.

“He was so sad that you didn’t like his turn, you literally deflated him,” another commenter wrote.

One user explained that the cat may have acted this way to make sure the owner is safe: “He just makes sure you’re safe!! Mine climbs up the side of the tub to s make sure I stay safe!”

“My cat does this too, I call her meerkat,” another user shared.

Meanwhile, others seemed more critical that Beth bought the cat instead of adopting or rescuing it.

“Go rescue [your] chat next time please. I promise you if you are patient you can find any meerkat-Siamese hybrid you want,” one user slammed.

Another commenter wrote, “Adopt, don’t buy,” to which Beth responded with the following: “Bold of [you] presume [that] I don’t have a full house [of] adopted animals.

“I got one from a shelter, one was a rescue, and this one I paid for,” she explained.

But quite a few users also rushed to defend Beth: “The number of people hating in the comments is so funny. [Why] do people care if someone wants a specific race for a specific personality,” said one user.

“I wonder if these people in the comments are shaming their family and friends for buying their pet [in real life] if it’s just an online thing,” another commenter wrote.

Last month, Newsweek reported the unique hiding place of a cat in an upper kitchen cabinet. Newsweek also previously covered a story about a kitten crossing her legs to mimic the mother pose that melted hearts on Reddit.

How much does a new kitten cost? Everything you need to budget for your cat’s first year

Looking for an indestructible phone? Here are some of the best waterproof and shockproof devices