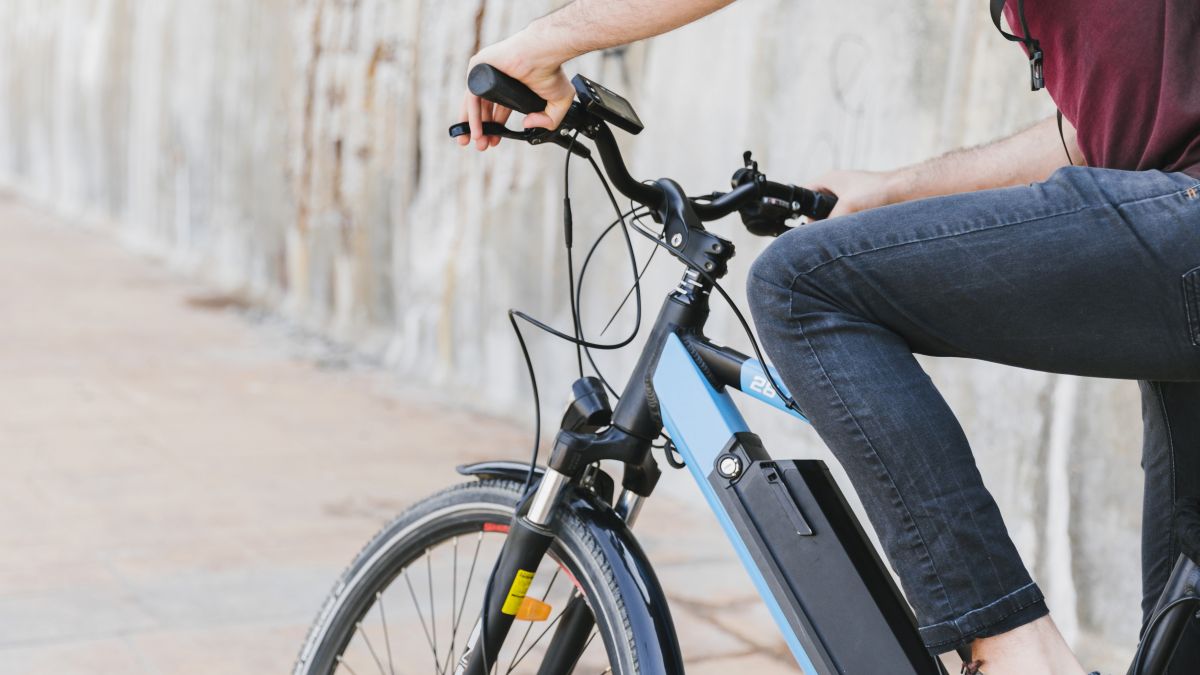 E-bike fires: why they happen and how to prevent them

An e-bike can be a game-changer by taking the sweat out of cycling and reducing dependence on your car. However, while accidents are rare and shouldn’t deter you from investing in an e-bike, the large lithium battery attached to its frame poses a potential fire hazard if not handled with care.

Lithium batteries have many advantages that make them ideal for e-bikes. They can be charged and discharged hundreds of times, they are relatively light and compact, and they contain fewer toxic heavy metals than many other battery types. Unfortunately, they can also be very flammable.

Why do e-bikes catch fire?

Lithium batteries like those used in e-bikes contain two electrodes, with a liquid electrolyte between them. When the battery is charged or discharged, the charged ions move from one electrode to the other.

The electrolyte fluid is highly combustible, which is normally not a problem, but if the battery is damaged or overheated, the fluid may ignite. Once a battery cell overheats, adjacent cells follow (a process called thermal runaway) and the heat and pressure quickly become too much to contain, resulting in an explosion.

The foundation’s research project manager explained that lithium battery fires occur for a number of reasons, including: manufacturing defects; design flaws; improper use (for example, placing a battery near a heat source or leaving it in direct sunlight for an extended period of time, which may cause the battery to overheat); enter a battery in a way that causes a short circuit; and the use of chargers not intended for the device.

These aren’t problems exclusive to e-bikes – any device containing a lithium battery has the potential to catch fire, as we’ve seen with phones, laptops and electric cars.

Hoverboards are perhaps the most infamous example. The U.S. Consumer Product Safety Commission (CPSC) is aware of more than 250 incidents related to fires or overheating since 2015 when hoverboards first started to become popular. Main airlines bans hoverboards from commercial flightsand shops including Amazon, Overstock and toys r us suspended sales.

Hoverboards were particularly sensitive because they were so new that no design standard stipulated the use of security measures like holes to evacuate overpressure, or separators that act like a fuse and shut down the cell above a certain temperature. They have also not been subjected to rigorous testing before being sold to the public, unlike other devices containing lithium batteries.

The U.S. Consumer Product Safety Commission quickly implemented a safety standard for hoverboards and although still not allowed on airplanes, hoverboards have quickly returned to store shelves.

E-bikes have been around much longer and their standards are better established, but the Fire Protection Research Foundation explains that bikes involved in fires are often poorly built:

“According to anecdotal reports from some fire departments, such as FDNY, many e-bike fires have resulted from those made with poor quality components (e.g. batteries made with inadequate quality control or products that have not been certified by an independent test laboratory). ”

How to prevent e-bike fires

In addition to buying an e-bike from a reputable manufacturer that meets proper safety standards, you should also take steps to care for your e-bike and prevent fires.

To find out what you should do, we spoke to Richard Thorpe, founder and CEO of Gocycle – the company behind our current top-rated e-bike, the Gocycle G4. He gave the following advice:

Thorpe also suggests that you consider recycling your e-bike battery after five years, regardless of usage. “E-bike technology is evolving and improving every year,” he said.

“Gocycle provides a responsible battery recycling coupon that can be used toward the purchase of a new replacement lithium battery for owners who can demonstrate that they have recycled their old lithium battery.”

Finally, he warns against keeping old lithium-ion batteries in your home – whether they are e-bike batteries or not. Instead, recycle them responsibly.

The National Fire Protection Association has its own safety tip sheet on lithium ion battery safety, which provides information on the safe use of products powered by lithium-ion batteries, as well as advice on what to do in the event of a lithium-ion fire. He also offered the following specific advice for e-bike owners:

What to do in case of fire

Pay attention to your e-bike battery and you may be able to spot the danger signs before a fire occurs. If there is a strange odor, change in shape, leaking, strange noise, or excessive heat sensation, the NFPA advises moving it away from anything that could catch fire, if possible, and calling the firefighters,

If a fire breaks out, do not try to remedy it yourself; Lithium battery fires are especially dangerous because the battery case can explode at high temperatures, putting you at risk of flying debris. Instead, evacuate the area immediately and call emergency services.

The risk of fire is low if you’re careful to follow the safety guidelines above, and that certainly shouldn’t deter you from buying an e-bike, but if it does happen, it’s a job for professionals.