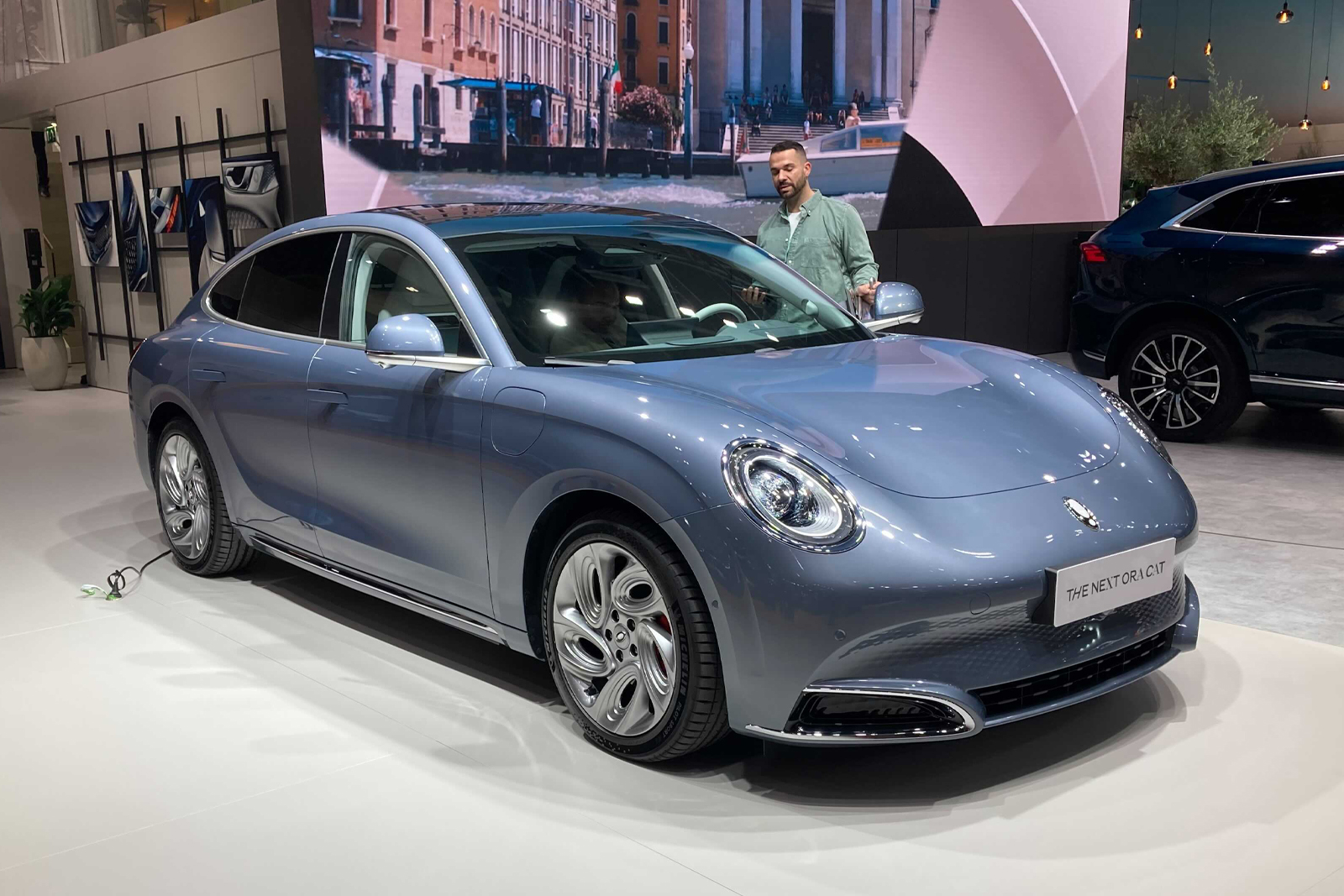 Chinese electric brand Ora will start selling a sedan rival to the Tesla Model 3 and Hyundai Ioniq 6 in the UK next year, the company has announced.

The car was previewed at the Paris motor show on Monday by the nearly production-ready Next Cat concept, which will be renamed when it goes on sale.

Code name EC24, the new car will have two battery sizes, with the larger of the two being able to travel 700 km (435 miles) on a single charge based on China’s official range tests, Ora’s European director Fei Yao said. to Autocar during the show.

The new hatchback will go on sale alongside the Funky Cat compact hatchback, which will begin deliveries at the end of the year in the UK.

“The Funky Cat is the volume car and the Next Cat will be the flagship that can powerfully enhance the position and brand image for Ora”, said yao.

The concept comes with two electric motors to give it all-wheel-drive capability and a 0-62mph time of 4.3 seconds. The equipment includes a central 12.3-inch touchscreen, remote control via the Ora app, opening and start by facial recognition and a panoramic sunroof.

Ora is part of the Great Wall group, which is also developing the new electric Mini with BMW.

The Funky Cat, which is pitched against electric cars like the Volkswagen ID 3 and MG 4, will cost from £31,995 and come with a 48kWh battery for a range of 193 miles. The price has risen since early May when it was first announced due to the loss of the £1,500 UK purchase grant.

The brand also showed off a GT variant of the Funky Cat in Paris which it said indicated a future trim level, possibly related to larger battery sizes planned later in its cycle.

Ora will also launch a compact electric SUV in 2024, as part of its new model offensive in European markets, including the UK, said yao. The brand plans to launch one model per year for Europe as it seeks to expand its footprint. Small cars will also follow. “HQ has already received our requirements for the small SUV and a small car and they are working on it”, said yao.

Great Wall also showcased the Coffee 01 plug-in hybrid SUV from its premium brand Wey at the Paris show, but there are no plans to launch it in the UK. The company believes the UK is too far down the path of electric vehicles to justify the cost of engineering the car for right-hand drive, Yao added.