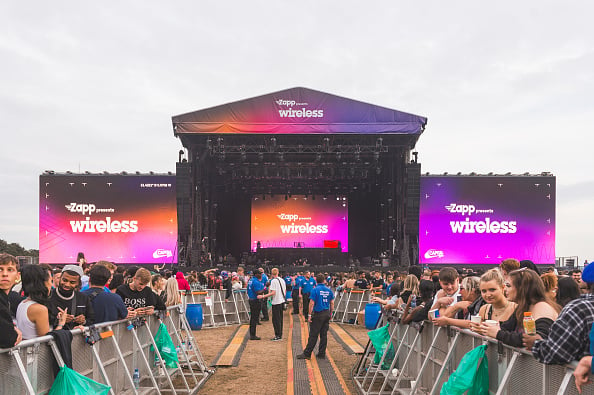 Wireless Festival has confirmed its star-studded lineup for the 2022 edition and will welcome big names from the world of hip-hop.

From Doja Cat and SZA to Cardi B and ASAP Rocky, this year’s edition returns with a vengeance on three separate sites.

Here’s everything you need to know about the festival, including tickets, prices and how to get tickets.

How much wireless tickets cost and how to buy them

Pre-sale tickets for Three and Barclays customers went on sale at 10 a.m. on Friday morning February 25. Festival-goers have the option of splitting the cost of their tickets into four instalments.

Prices are in the same range for the other two festival sites.

Tickets for the 2021 Wireless Festival were priced around £85 for a day pass, while full weekend passes cost around £220.

General admission tickets for the 2022 event go on sale Monday, February 28 at 12:00 p.m. GMT and can be purchased at ticket master.

Location and other details

Festival organizers have urged people to buy their tickets from trusted partners such as Big Green Coach, Pollen and See Tickets.

Tickets are expected to sell out quickly once the general sale begins, so fans are encouraged to purchase them as soon as possible.

But if you don’t have the option to attend in person, BBC Radio 1Xtra has partnered with the festival and will be broadcasting live from the event.

Who is in the line-up?

The festival runs from July 1-3 at Crystal Palace Park, followed by a three-day weekend at Finsbury Park and Birmingham NEC between July 8-11.

Cardi B, SZA and Nicki Minaj will perform the following weekend at Finsbury Park.