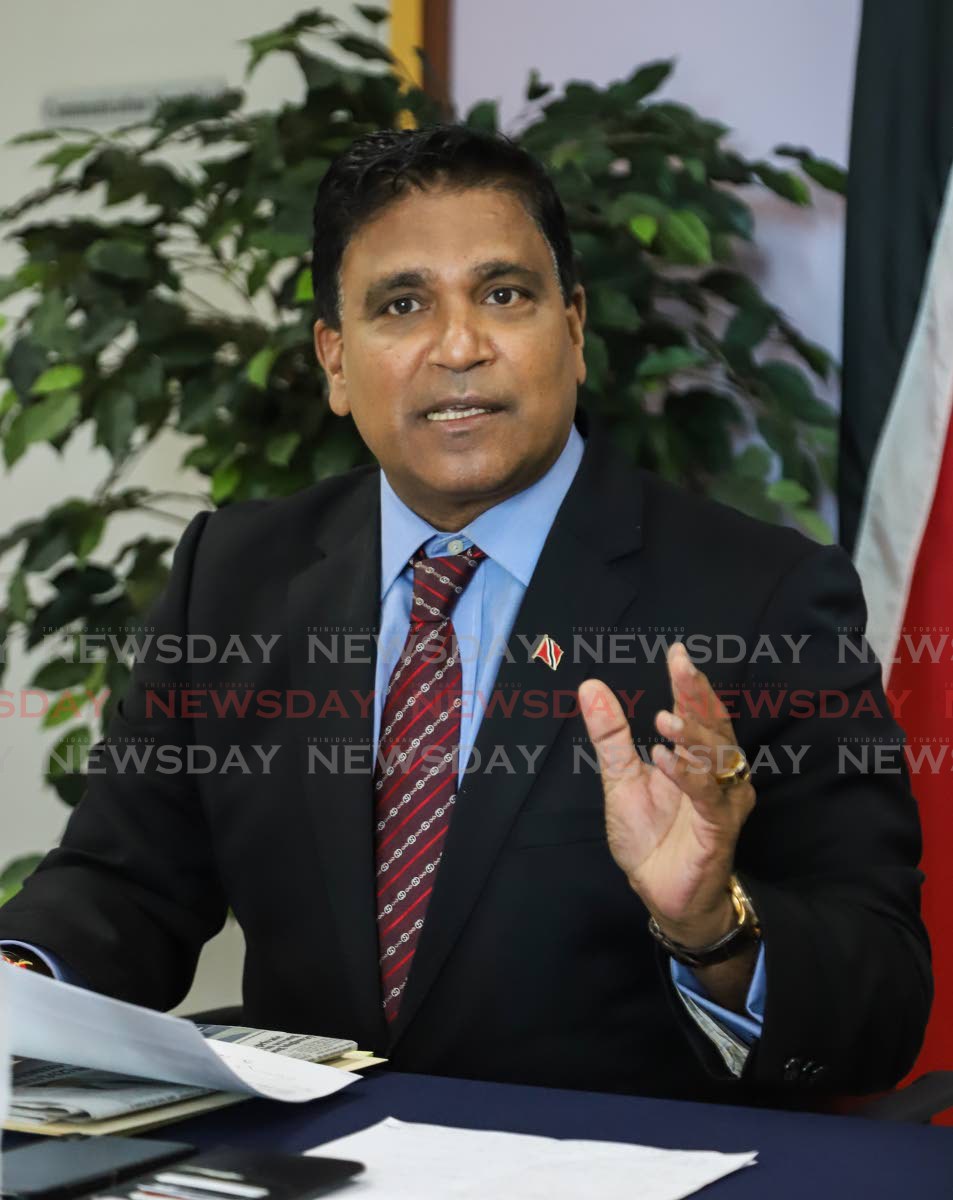 Moonilal also asked Griffith to “please identify the Cabinet Minister who called you, who sent you a file containing secret, private and confidential information on this matter involving David Lee”.

Obtaining and disseminating such information by a minister would violate the Income Tax Act and the Customs Act, he said.

Moonilal, speaking during UNC’s virtual report on Monday, said Imbert had to “tell this country – and we have a recording that we can find, so be careful of your response… Do you have collected a file on this subject in accordance with your announcement in Parliament?

“Did you call (former police officer Gary Griffith) and say, ‘Mr. Commissioner, aha! With your usual Cheshire Cat smile. Did you call and tell Griffith, “I have a file. I want you to lock up David Lee”? you do that?”

Finance Minister Colm Imbert, closing the budget debate in October 2020, told Parliament: “Maybe the leader of the opposition can ask the leader of Pointe-à-Pierre why he used the exemptions and the privilege to buy a motor car,” later adding, “That requires investigation.”

Lee was charged last Friday with fraudulently receiving a tax exemption (valued at $1.4 million) and conspiracy to defraud, in connection with the purchase of a vehicle driven by another person.

Lee said the charges were the result of a “political witch hunt and distraction on the part of this government.”

Moonilal said that this information received by Imbert and relayed to Parliament would have been disclosed by the Internal Revenue Division (IRD) in violation of the Income Tax Law, other violations being described in the Customs Law .

He referred to Section 4 of the Income Tax Act, which states that “every person exercising an official function or being employed in the administration of this Act shall consider and deal with all documents, information , statements, valuations, copies, etc., as secret and confidential, and shall make and subscribe a statement in the form prescribed therefor before a magistrate”.

“So,” Moonilal charged, “do you know that when you’re on the Board of Inland Revenue, you take an oath subject to criminal penalties, jail, fine, that you can’t give information?

“Mr. Imbert, the Cabinet Minister in charge of this file, where he obtained this information from the Board of Inland Revenue, in violation of the Income Tax Act?”